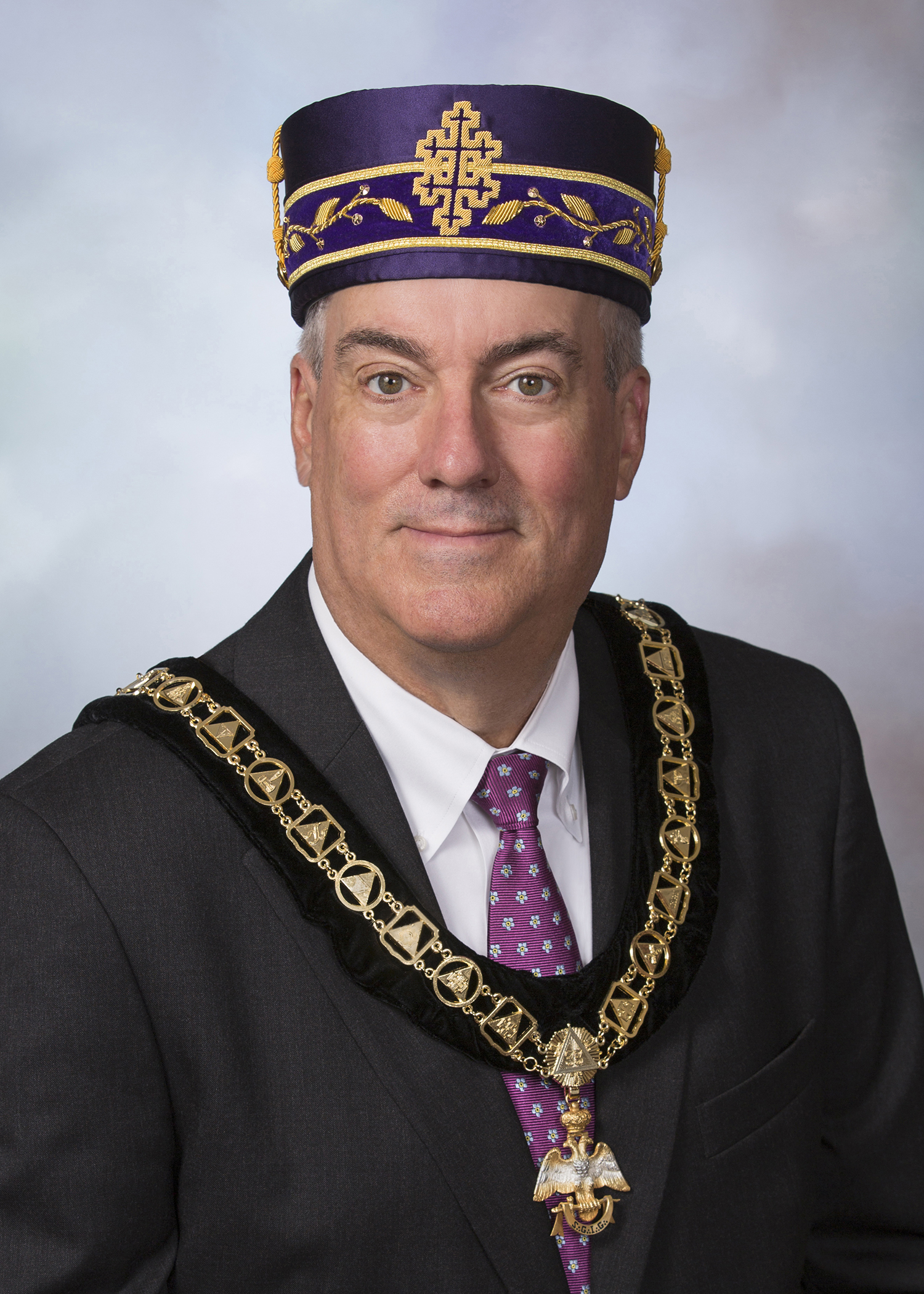 Illustrious Brother Tony R. Krall’s Masonic journey started when he joined Joseph Miller Chapter, Order of DeMolay in 1972.  Tony served DeMolay as the Master Councilor of his local Chapter and as an appointed and elected State Officer.  He was awarded the degree of Chevalier, the highest honor for service as an active DeMolay.

Tony joined Minnehaha Lodge No. 165, being raised as a Master Mason on January 6, 1987.  Serving as Worshipful Master of his Lodge in 2008, and continues to be an active at his home lodge.

Ill. Tony is a member of both the York Rite and Scottish Rite.  In 2003 Tony was elected to receive the 33rd degree of the Scottish Rite, Inspector General Honorary.  He is a past Commander of the Minneapolis Valley Council of Kadosh.

Ill. Tony was a founding member of THE SCOTTISH RITE CHILDHOOD LANGUAGE CLINIC OF MINNESOTA, INC., and served as its secretary from 2003 until 2010.

Tony is also a member of all of the York Rite bodies.  He was initiated into the Red Cross of Constantine in 2010. A member of the Royal Order of Scotland, Allied Masonic Degrees, C.B.C.S. and numerous other Masonic bodies.

Tony joined Zuhrah Shriners in 1988 and has been active in a number of its units and clubs. He served as Assistant Chief Aide in 2001 and as Chief Aide in 2002.  He served Zuhrah as Temple Attorney in 2004, and from 2013 to present.  In 2012 he was elected Potentate of Zuhrah Shriners, and led the temple to positive membership growth.  He is a member of the Royal Order of Jesters, a Workhorse, and a member of the Order of Quetzalcoatl.

Tony has been married to his wife Bev for over 34 years.  They have two sons, Andrew and Benjamin (both members of Minnehaha Lodge #165. Scottish Rite and the Shrine, as well as Past State Master Councilors of Minnesota DeMolay), and two grandsons.